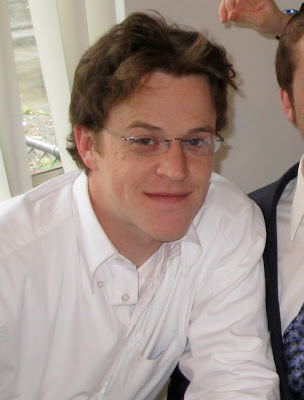 My cousin, Ryan Barrett and his girlfriend have been reported missing. They were headed to the Sierra Mountains in California on Saturday and were suppose to return on Monday.

Please Please pray for them.
Here’s the press release that’s going out today:

"Ryan Barrett and his girlfriend, Viola Liu left on Saturday, January 16, at 2:00 p.m. to go camping with their three dogs (2 huskies & a lab) in his red 2005 Toyota Tacoma pick up truck (with shell.) They were scheduled to return home on Monday evening, January 18, 2010. We have not heard from them. We need your help. We filed the attached missing persons report on Wednesday, January, 20, 2010 in the early morning with the Fremont police. The problem is Ryan did not tell us where they were going. Ryan told his father, “We think we’ll go to the Sierra Nevada to play in the snow.” We fear they were caught in the storm.

The police need leads. Our families need leads. We need you to broadcast this to your audience as soon as possible in the hope that someone saw them and we can focus our search efforts. KCBS has already run the story, but I need to reach more people and so many people get their news on line.

Viola is a Chinese-American woman, slim, 31 years old female, 5′7″, brown eyes, brown hair with highlights and a quiet beauty. (The photo makes it look like her hair is blondish, it isn’t)

We have been looking for them since Monday.

Thank you for your help.

OH my goodness! So scary, they are in our prayers.