We finally did it!! We finally got up on the mountain. It helped that we had a little push from the Park City Johnsons. Love them. To say that our family loves this new hobby is an understatement.
*Uncle Ross. The boys took turns wanting to ride up the lift/ski down with Uncle Ross. I quite enjoyed hearing a new story about the "bunnies" every time I turned around. . . after all we were on the "bunny" hill. Don't ask! ha ha! 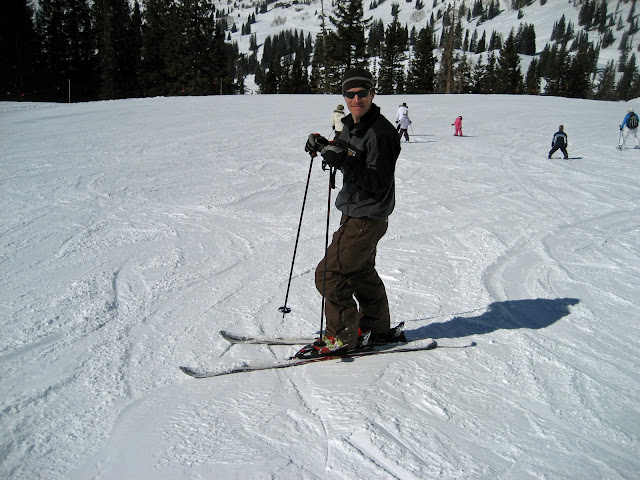 *Aunt Jen. She is bigger . . badder. . .better. . . She was just sure the boys could handle the blue run. I was a little freaked out about that idea, but they totally did it and still loved skiing when they were done. Aunt Jen has all the confidence in the world in these new little skiers. :) 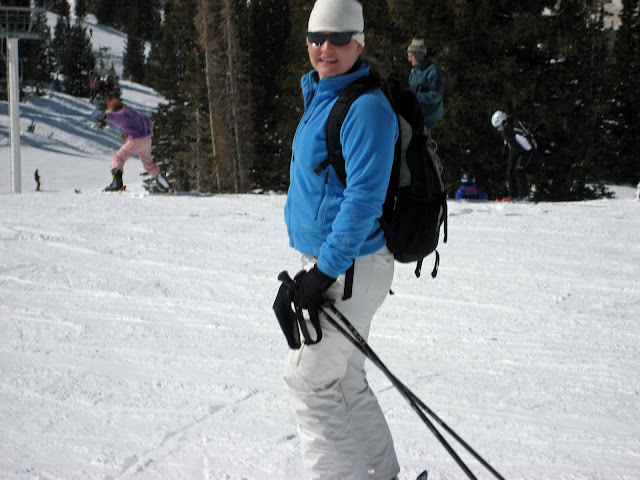 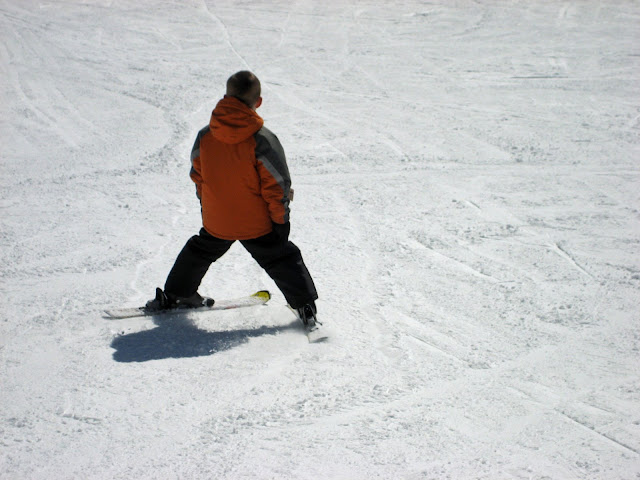 I did happen to get one of his "I'm too tough for this mountain" faces. 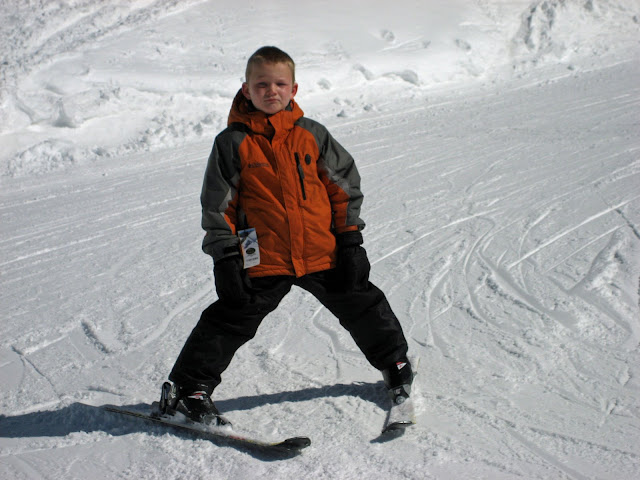 *Alexander. He was our trooper. He would tire a little sooner than the other kids but just kept right at it. He discovered a new favorite "ride" . . .Spongebob!! Yes, there is a Spongebob trail and once they discovered him and all his friends it was the new hit of the mountain. Yeah for spongebob. I never thought in a million years that I would cheer for spongebob, but it slowed the kids down and they had to practice a turn or two. 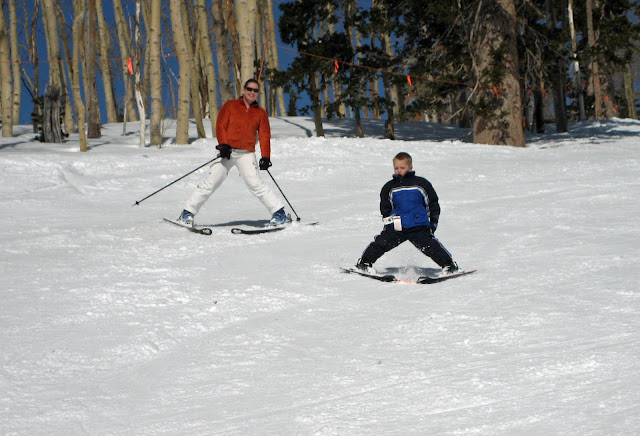 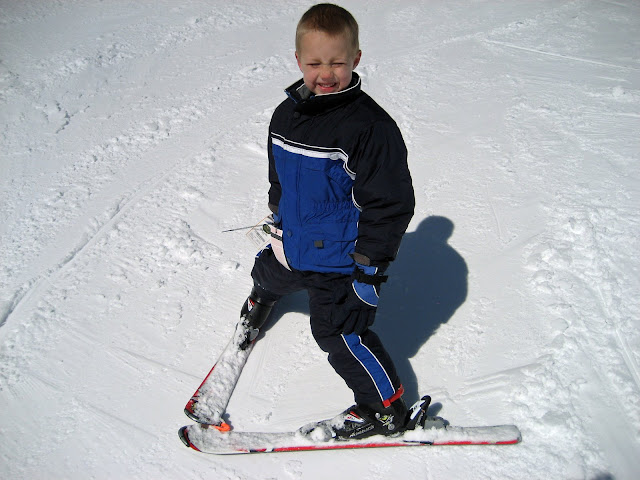 *Barrett Boy. Look at that happy face. Love this kid. He believed everything Uncle Ross and Aunt Jen said. He was sure to wear his sunscreen and keep his tongue in his mouth. He didn't want those "bunnies" coming after him. 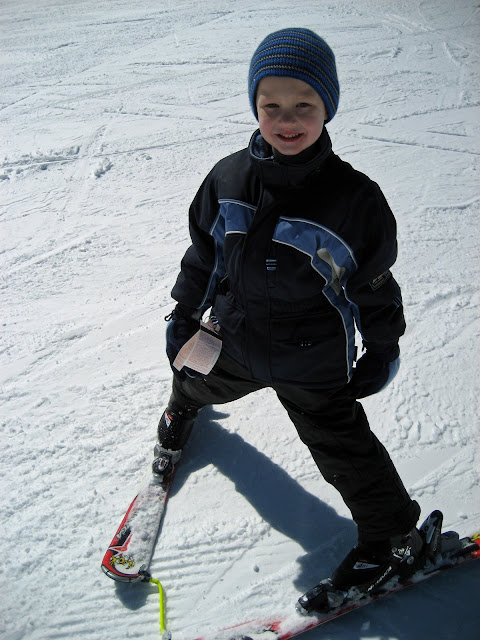 After two days of skiing this camper was one tired boy. Even though he was completely exhausted, if I would have asked if he wanted to go on one more run, I am just sure he would have jumped at the chance. He may be tired, but he loves the mountain. 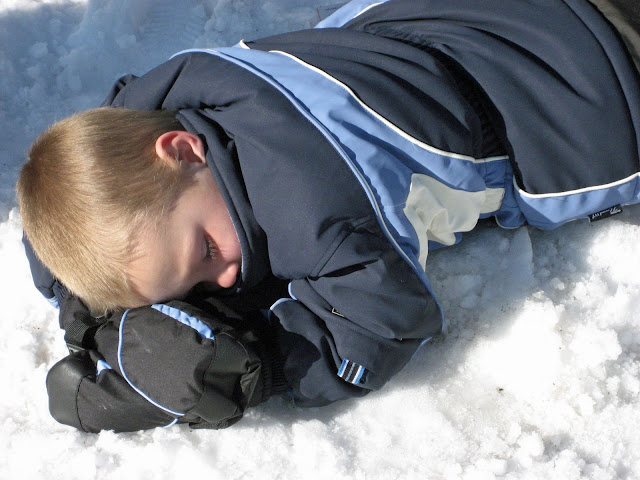 Timmers. He is our first timer. This Dad picked up skiing with ease and I even think we'll get him back up there some time soon. Yeah Dad!! 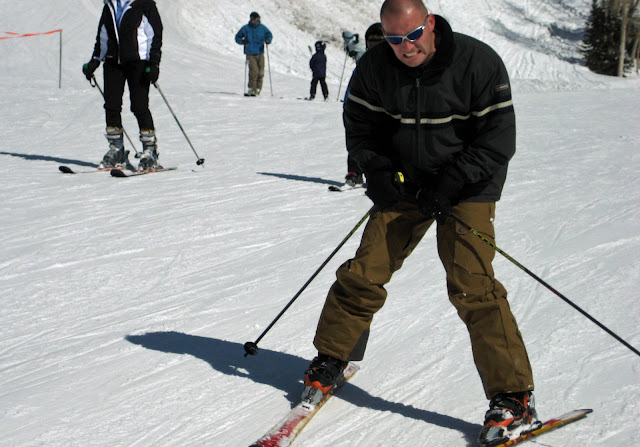 *Me. You guessed it I was the picture takin' girl! I was the crazy girl skiing down the hill with one glove off camera in hand. I had to capture some fun pics of our adventures. I know there is a picture of me out there somewhere, but for now my skis will have to do. I'm in the middle. :) 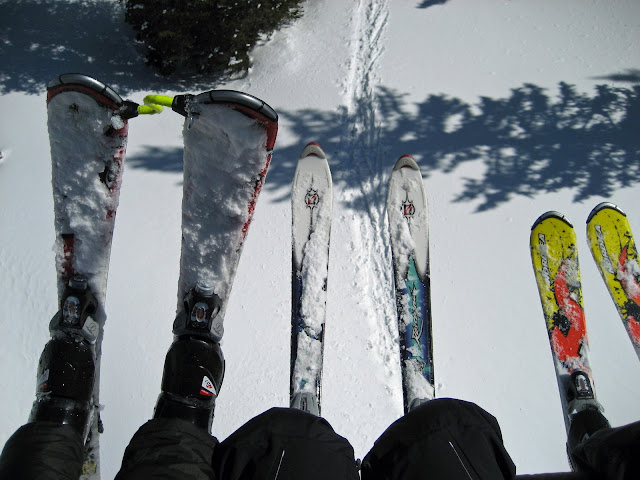 *Jacq. Jacq wants to know where she is. Honey, you were with Grandma and Grandpa Watson loving every minute of being spoiled rotten. Thanks grandma and grandpa!

Until next time!
Posted by Shauna at 7:13 PM

That's the most adorable blog ever! I love that you guys all love to ski! I think I might have to heal quick and pack up my skis and head to Utah before skiing over and done with. It looked like way too much fun! Everyone even looked happy. How can you not be with the Pro's for your teachers. A big woohoo for Uncle Ross and Aunt Jen for getting everyone on the slope!

Fun fun times again! What would we do without you guys??? Time to play again soon :) :)

What a fun time! Glad you got the kids on the hill...and I can tell they loved it! I miss skiing.

How awesome is that!? Your little guys are troopers and I love that they LOVE skiing! Uncle Ross and Aunt Jen must be the coolest ever! Love that you got so many fun pics. Love all the fun. Makes me miss skiing like crazy!

Looks like lots of COLD fun! Brrrr...maybe if I took up skiing I wouldn't despise wintertime...

I love skiing! How fun. Your little kids are amazing. I can't believe how good they are.