Do my kids love the zoo or what. It was hard to get cute pictures of them, because most of the time I just saw this. . . 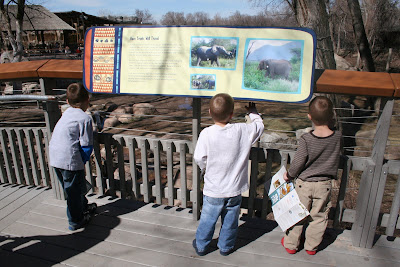 Lucky for me I actually got them all looking at the camera for this one shot. . . 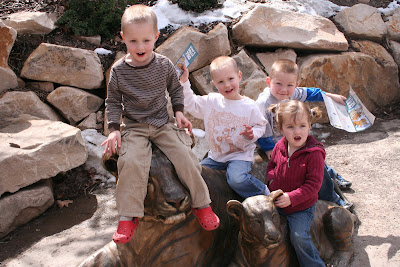 Love them and love it that they love the zoo. 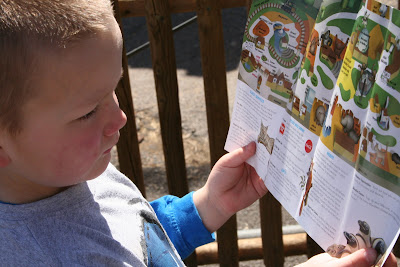 Even though Max had his nose glued to the map, I still managed to get us lost. He was always pulling out his map to make sure we didn't miss a thing. He could not ~ could not wait to get to the gorillas. Good thing we found them. I don't think he would have let us leave the park. 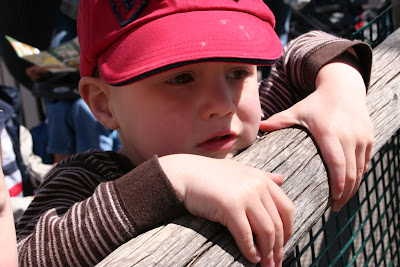 Alexander would just stand outside every animal cage for what seemed like my whole life. The family just waited and waited patiently while he soaked all the zoo excitement in. 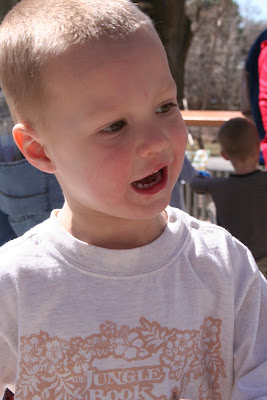 I have to say that Barrett was Hilarious. After nearly three hours at the zoo we were way done. Tim told the kids that the zoo was closing and we had to hurry out. After all they let the tigers and lions out. Who knows what happens at the zoo once it closes?!?!? Barrett proceeded to tell every animal to go into their homes, "Elephant, roar coming, go home, you need to go home!" "Monkey, Tiger coming, roar coming!" Barrett wasn't just telling them. It was pretty intense. He was yelling at every single animal all the way to the front gates. He was genuinely concerned about their wellbeing. 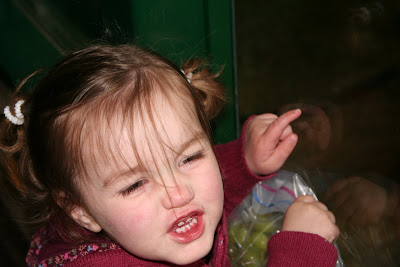 Little Miss was still a little under the weather, but you better believe that she was not letting that stop her. She was all about keeping up with her brothers. She was just a step behind with her bag of grapes.
Posted by Shauna at 9:08 PM

How fun! I love that the weather is getting good and we can start doing outdoor activites. I know I tell you this on every blog, but the twins are just so cute in sharing time every sunday. You are an awesome mom.

You're such good parents, always out for an adventure with 4 kids! They are so cute!

Oh what a fun little outing! I love the zoo! Loved reading about all the different reactions from your different kids-- they are too funny. We'll have to hit up the zoo too-- I know Mylie will love it!

What a fun family!! Always on the go, learning and exploring new things with the kiddo's. I love that you love being such great parents!!! Love Ya...Mom

I used to go to the zoo alot too when I was little. I still love the zoo! What fun times.

Sure looks like Zooo much fun! We have a season pass and now that the weather is coming back we'll have to get up there.

Hilarious and so cute to see their reactions! It's funny to remember back to the time when the zoo was mesmerizing to me... I wish everything were still that way!!

Always fun times at the zoo! I love that Barrett he cracks me up!