Where A Kid Can Be A Kid! 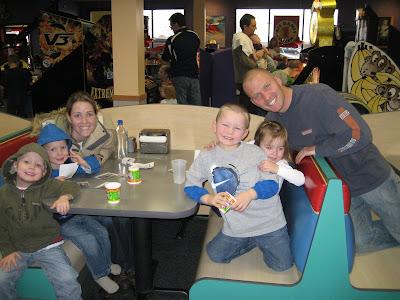 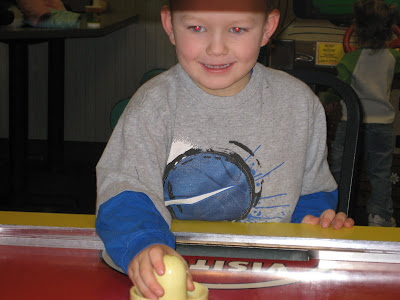 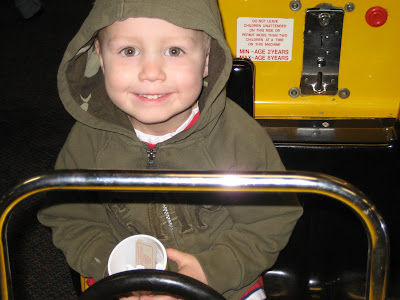 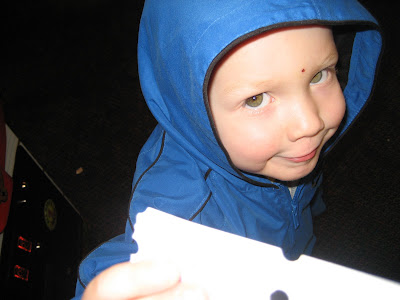 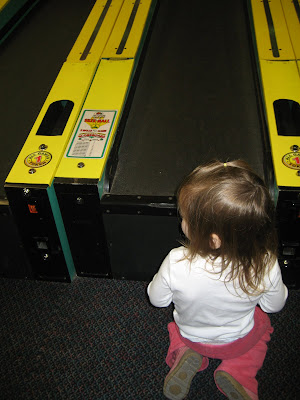 I am not personally the biggest fan of Chuck E. Cheese, but the kids love it, love it, love it. Tim and I caved, set a token limit, and headed out to play where "the kids could be kids." Max and Tim played what felt like 20 rounds of air hockey. Max became a competitive, smack talking, crazy air hockey fool. Alexander was seriously obsessed with "have your picture taken with Chuck E. ride." No tickets for him, just a nice collage of pictures of him with him, him, and Chuck E. Pretty sure the kid used every last token on pictures with him and Chuck! I think I only saw Barrett long enough to take one picture and give the kid a cup full of tokens. He was out of here. Who knows what he did, but when I finally found him he had an empty cup with a big smile on his face. That picture of Jacq's backside is all you get to see of Jacqualynn Grace. Who is her mother? The poor kid has been seriously neglected lately. She could use a face wash once in a while and maybe a bow in her hair. I can't believe we went out in public like that. She could honestly care less. She just wants to be a kid ~ playing where a kid can be a kid. LOL .. . . Good Times!

I still remember what Kyle looked like after taking Avery down the slide there, all sweaty and stinky and I haven't wanted to go back. Although I know that kids just love that place. Good for you for taking your kiddos there.

I got lucky moving to Logan where they don't have one here! But Brooklynn still asks to go even when she know's there's not one here...Imagine that at 7 they still beg to go...

Looks like the kiddos thoroughly enjoyed themselves! Funny pics!

My Many Coloured Days said...

We too have a hard time with good ol'd Chuck E. Cheese... WHat good parents to suck it up and take one for kiddo team! They look like the had a blast!

Love the expressions on their little faces. Looks like everyone had a great time! Good Ole Chuck E. Cheese...he's been around forever!!!

I'm with you and not loving chucky cheese but I do love their happy faces. And this time of year just getting out of the house anywhere it great.

Doesn't matter if the kids weren't earning tokens...Tim will steal em from other kids not looking. I know him--he's my brother. He has wanted posters at CEC's all across the state of California.
xoxoxo
PS picture ride is my favorite too.

Don't eat the pizza! You have to import food when you go to the Big Chuck's place... because the pizza tastes like the box it came in and it will kill your stomach. As long as you import a sandwich or something you can tolerate the place.... sort of.